What's New
at Lake Erie Walleye Online
Visit here often for the latest updates to our web site, breaking walleye and fishing news on the lake, interesting facts as we come across them, short articles and ......more 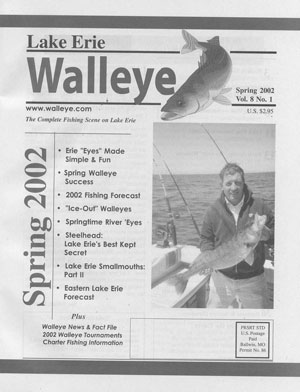 available and has been mailed to the membership.  The ONLINE EDITION is also available 24/7 for subsribers.  Call 1-800-347-4519 or visit the Walleye.Com Shop to order your subscription.
January 15, 2002.
They're finally here.  Hot off the presses, the NEW CENTRAL BASIN Fishing Maps. 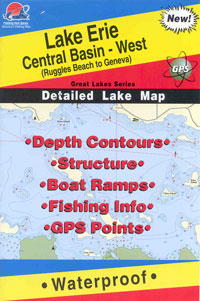