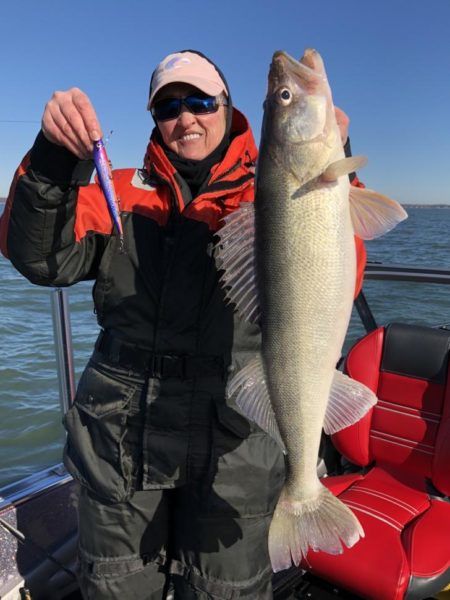 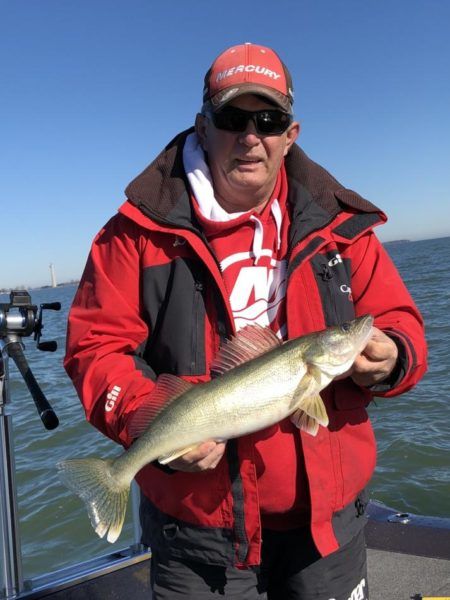 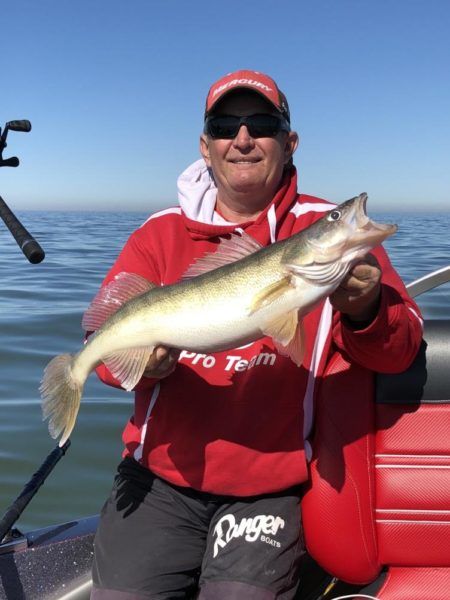 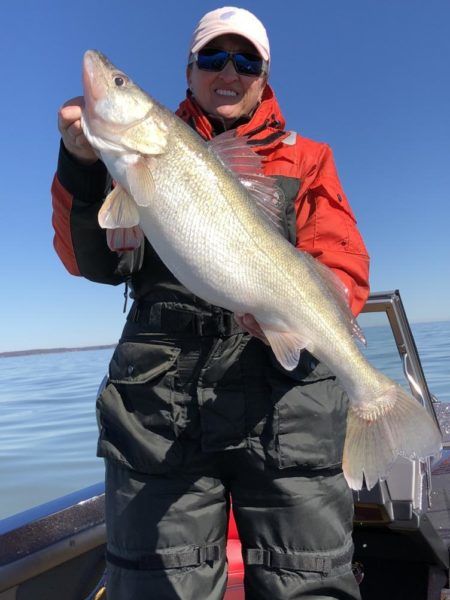 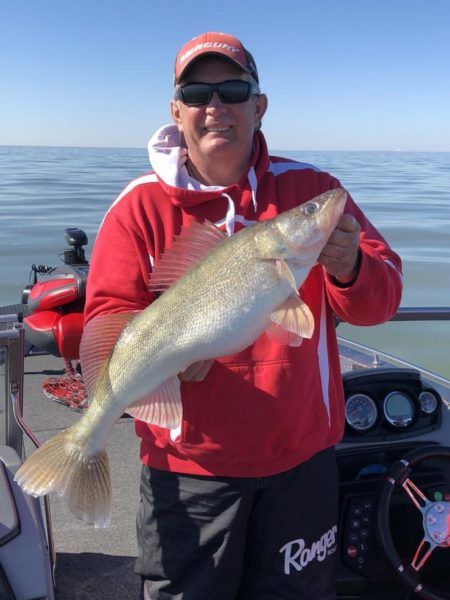 Woke up at 2am, which is normal for me right now, and had my morning coffee to start the day in quiet solitude. I headed out to go let the dogs out of the kennels at the Humane Society of Ottawa County, here in Port Clinton. It’s a “no kill” shelter I work at during the off season.
After cleaning the kennels and feeding my canine friends, I headed to the pool where I do my water aerobics after work. The water was chilly, but I forced myself to get in and did what I had to do.

I rushed home to let my dogs out again, grab a bite to eat, and got ready to go fishing with Capt Kevin. We were taking his boat today, because he has a trip tomorrow, and wanted to do a shakedown run, before he took customers out.

I’ll be loading all my gear in my new Ranger tomorrow, and calibrating 10 Tekota 500’s that I had re-spooled with the new line the other day. I might have a trip or two this weekend, but nothing has been confirmed as of this writing. Either way though, I’ll be out this weekend. (If the winds stay light like they are forecasting.)

Kevin and I launched at Mazurik’s and headed out at around 9:30. There is very little ice floating around, and most of it is west of the islands and on the northern shore of the lake right now. We saw a big berg or two out around E can and NW.

Without mentioning exact spots, because Kevin will be using them tomorrow, I can say that we didn’t go very far.
There was just the two of us in the boat, so we could only run two line per side.

I chose a Smithwick Perfect 10 in a custom color called, “Crown Juls”. I had Mike Chaffin, who created this color last year, and has done a bunch of Bandit’s in that color for me, make a half dozen in the Perfect 10 too.

We were fishing in 27′ of water, with lots of marks. The water clarity was good. We could just see the cavitation plate, and that’s what you want at this time of year…not too dirty, and not too clean.

After about 5 minutes, and while Kevin was still futzing and setting his lines, my outside board went back….FISH ON! Woot! Woot! It was the first walleye of our 2018 season. We didn’t weigh it, but guessed it to be around 7-8 pounds….took a picture and let her go, to live another day and lay all those eggs. Really though…neither of us wanted to bother with getting fish cleaned today. lol

We would catch two more eaters in that area and decided to move to another location to check out the water clarity and fish marks, so he would have more that one place to fish with his crew.

The second stop was by the cans…we went close to G can and turned and looked from there to F can…there wasn’t much to write home about there. The marks were poor where we stopped. That’s not to say that they are not in the area, we just didn’t set down on them, so we got on plane and moved again.

This time, we found exceptional marks…mostly deep, in 25′ of water, but with several coming up to mid-depth…and, some up very high. We set lines and gave it a shot. I had one bait set up in the top 8 feet of the water column, but no takers. I reset to the 20/20 with the 2oz and it worked again. Our largest fish of the day, was a fat bellied 9.8 pound eye, and the next largest weighing in at 8.6 pounds. That first fish would have rivaled this one. The other three were just “eaters”.

We only fished until 2:30 and headed back in. He had to get some stuff ready for tomorrow, and I had to get home to take the dogs for a walk, make dinner, write this blog, and get to bed. As I’m writing this, it’s only 6pm here, but it’s already past my bedtime. lol

That will change, as my time at the shelter for this season has come to an end. Wednesday is the last day I will be up that early and driving over to let the dogs out. (That makes me sad, as I love those dogs…hard not to get attached to them, ya know?)

The water temps were 33.5 at 9:30am, but with the clear skies and bright sunshine, by 2:30 the surface temp had risen one full degree.

Well, that’s all for now….I’ll be out this weekend again, I think. 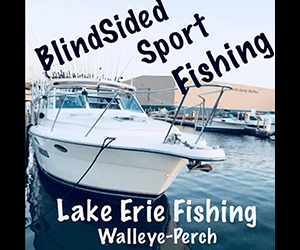