Fishing with Greg, Shane, and Adam 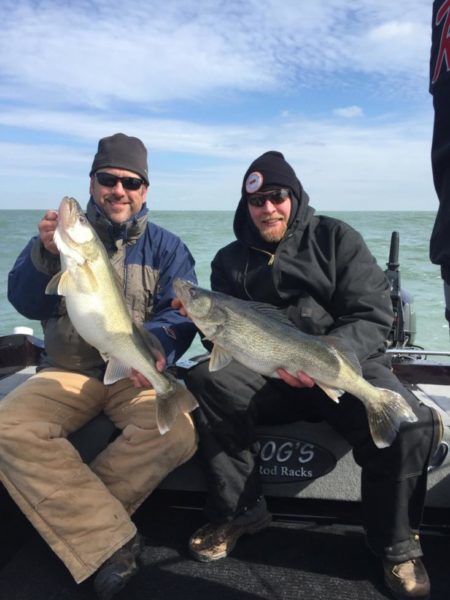 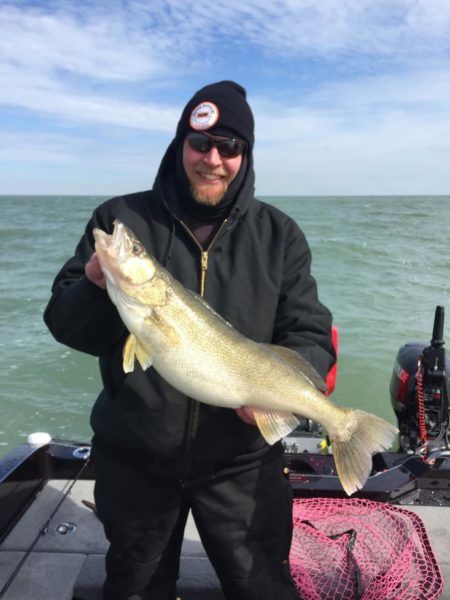 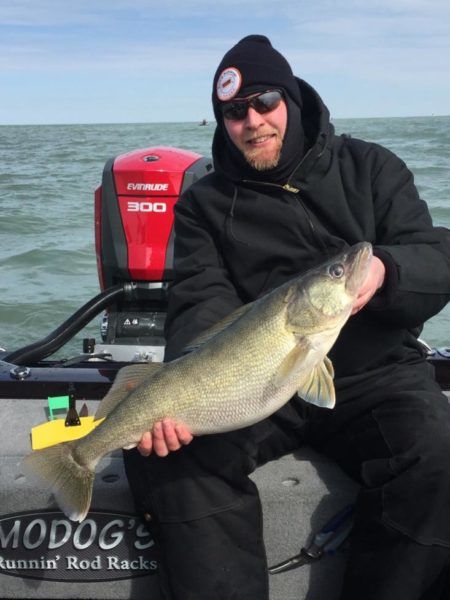 I hadn’t been out since last Tuesday, before the blow, and I was a little apprehensive about what kind of bite it would be after the winds we just had.

Wednesday the winds were out of the SW with gusts blowing 35-50mph, and Thursday, the same, but at 25-35mph. I wasn’t worried about that wind direction muddying things up, since it was an offshore wind.
It was the Friday/Friday night winds out of the NE that I was worried about. I figured it would bring in the colder water from the east, and muddy up the inside, by the cans where we had been doing well earlier in the week.

Our original plan this morning was to check the weather at 9am and head out at 11am. Well, I got a little any, and decided to take a drive around the point, to see what the waves were doing. Windsurf had shown it laying down a little more than the forecast I looked at the night before.

The ride around the Cliffs showed that the lake wasn’t white capping, and that the waves were looking to be 2 foot or less. So, I called my crew and told them to meet me at the the Catawba launch as soon as they could, and we would get out earlier than planned.
They showed up a little after 9am, and we were headed out by 9:15. It was bumpy in the morning, but the forecast said it would start laying down by noon…which it did.

We started out on the SW corner of South Bass Island, and headed towards Green. We didn’t mark much there, so we only made one pass. Capt Kevin, who I work with on the water, said he had some numbers that produced fish on both Friday and Saturday, and gave them to me. I punched them in the Helix, and headed over that way. It was inside, and as I suspected, it was really muddy in there. I couldn’t even see the cavitation plate on my G2. Needless to say, we didn’t stay there very long, even though we marked a few fish here and there.

I thought the water would be cleaner up to the north, so we headed up to the east side of Niagra and to make a trolling pass to the SW, so the waves would be behind us. We were marking really good fish on the sonar, and had two fish in the boat before we got 6 lines set. Things were looking up!

Water temps in the dirty water to the south were 43.5 and only 39.1 in the Niagra spot, but the water clarity at Niagra was very good. I could see the cavitation plate, with a ghostly image of the prop, which in my experience is “perfect”. Not too dirty, and not too clean.

The hottest color for us today, in both the Bandit and the DHJ’s, was Fire Tiger.

Other colors worked too, but that one was by far “on fire” today, in comparison.

Best speed was 1.2mph
Greg, Shane, and Adam came over for the week from the west side of Iowa and the east side of South Dakota, to try and catch some of these big fish….and, today they did just that! They wanted to learn a bit about the big lake before heading out on their own in their Ranger. I think they have more confidence now. Woot! Woot!

They were very happy with today’s results, and that makes me happy.

I don’t have another trip planned until Friday and Saturday, so I’m hoping the weather behaves the rest of the week. 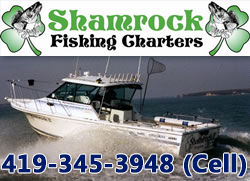