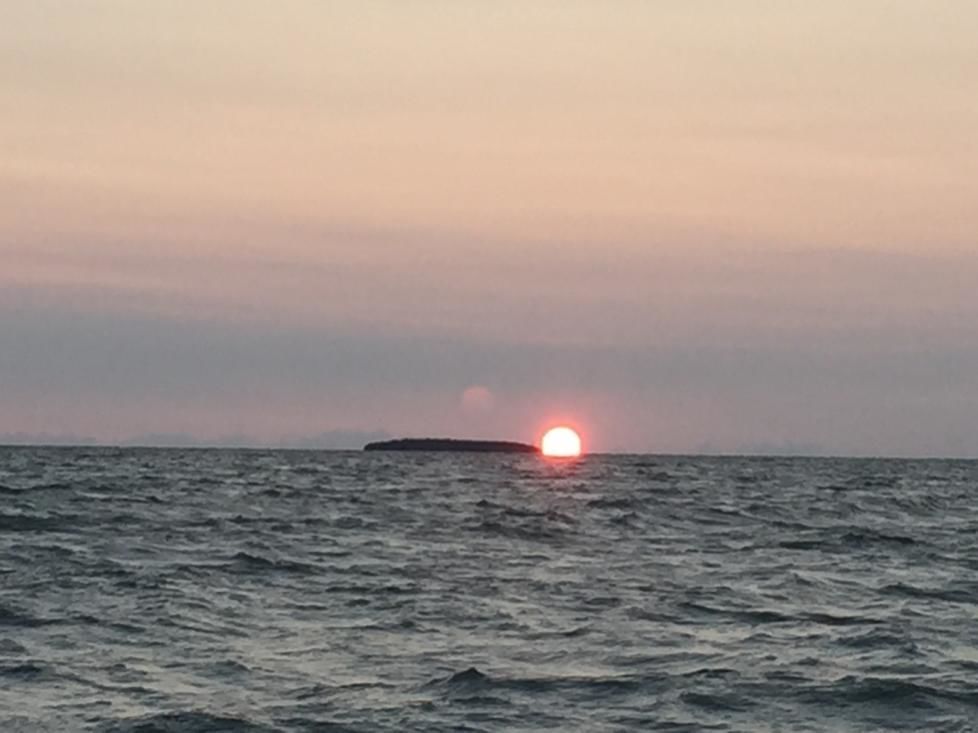 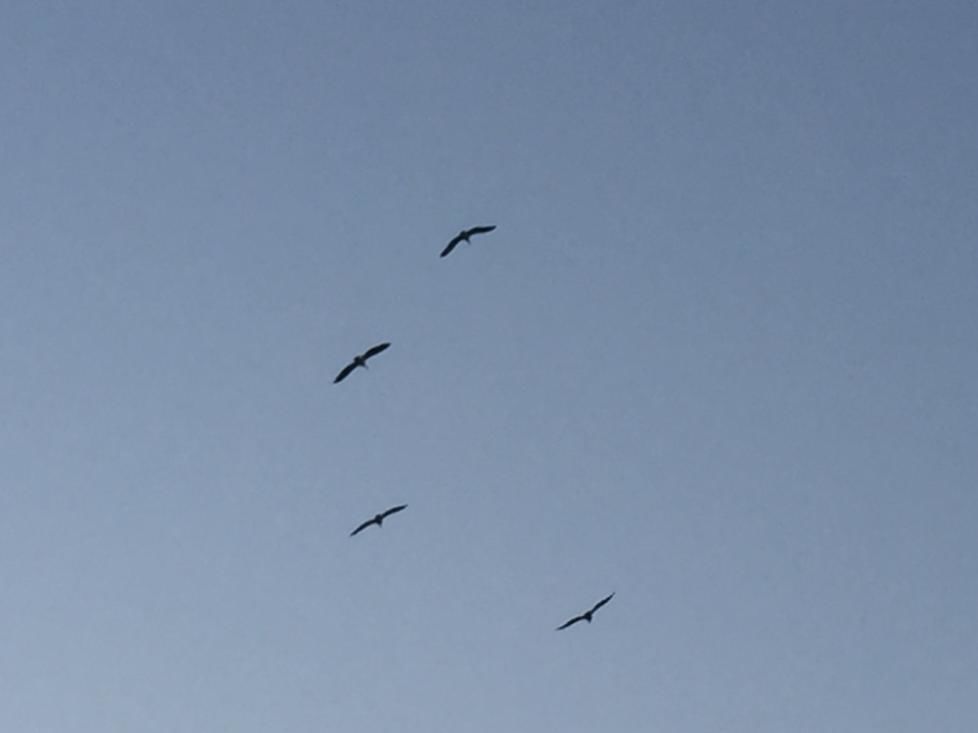 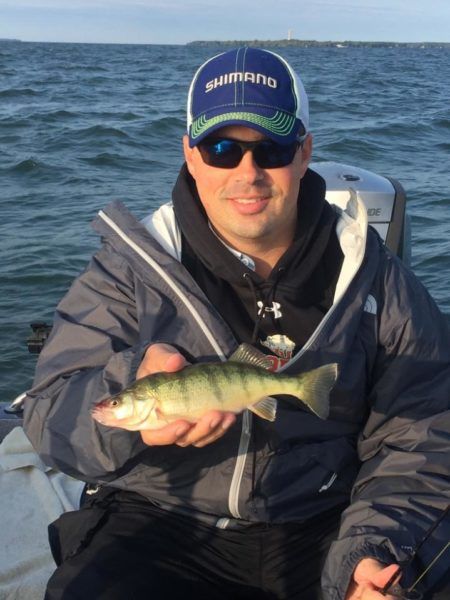 I left the house at 5:15, so I could hit the gas station to fill both the truck and the boat, before hitting up Hi Way bait for some minnows. They had a nice mix of emeralds and goldies that were the perfect size. The pinheads were a little too small for my liking, since the perch showed me yesterday that they were more than willing to munch on the bigger minnows again. If I don’t have to use pinheads, I prefer not to, because they get sucked off the hooks to quickly.

I met my crew of the father and son duo of Greg and Ryan Faulks (Wisconsin) at Catawba this morning, since they were staying about a mile north of the park on Catawba Island. It was a short ride for them to meet me there. I got there a little early and got the boat ready to go…and, also installed the navigation lights for the ride out.

When they arrived, I told them we would wait a few minutes for it to get a little lighter out, and then take a leisurely ride out to the area just west of Gull Island Shoal…they agreed.

I started out going across the bottom of South Bass, but it was a NE wind, and the lake was a bit bumpy…not bad…just enough to make is slower going than normal though, so I turned and headed north to go up the west side of the island.

I opened up the 300G2 as we got to the protected side of the island, and it shaved off a lot of time by doing do. Then as we scooted out between Ballast Island, and the navigational buoys, it was a short 2 mile ride, to my spot from yesterday.

After we set the anchor with the Spot Lock on the Ulterra, we started fishing. And, yes, I had the Ugly Sticks rigged up for them this time. The bite wasn’t as quick to start as it was yesterday, so after we had spent an hour there, and only had 6 perch to show for it, we moved to another spot closer to Lucy’s point, and started picking up some perch there. The perch in that spot were very nice….fat little buggers. Greg and Ryan were very pleased and were having a great time.

I don’t know what it is about Wisconsin folks, but we all just seem to always get along so well. lol I think it’s our “laid back” attitudes, and “anything goes, as long as it’s fun” ideals. Since they said they had fun and a good time, I have to believe them…and, that makes me happy.

We ended up moving back to our original spot with about 45 minutes to go, and put 10 in the box pretty quickly. I should have probably stayed there from the beginning, and would have probably limited out with 90, but we ended the day with only 50….actually, it was 5 more than they thought they were allowed, so they were happy with it. Greg was thinking that it was only 15 per person instead of 30 per person.

After we finished, I took them and their fish over to Port Clinton Fish to be cleaned, and they went over to Slater’s to wait. They asked me to join them for lunch, so I asked, “Can I go drop the boat off and come back to meet you there?” And, they were cool with that, so that’s what I did. Lunch was great, and the conversation even better. These are two very interesting fellows, and I look forward to fishing with them in the spring for some walleye.

I’ll be back out tomorrow with Levi Northup and his 5 1/2 year old son to do some more perch’n. The weather looks great for tomorrow, so I’m hoping the fish cooperate. I’m told this youngster is quite an accomplished angler for his age. It should be a fun day tomorrow too. Woot! Woot!

p.s. the bird pic is that of the elusive pelicans that are here now. I last saw them a couple months ago…and, this morning…there they were again. 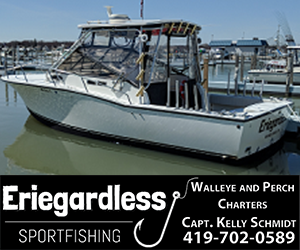