Walleye Fishing in February out of Catawba 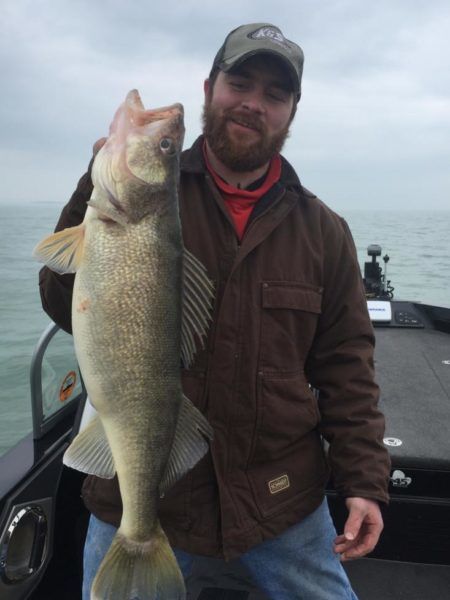 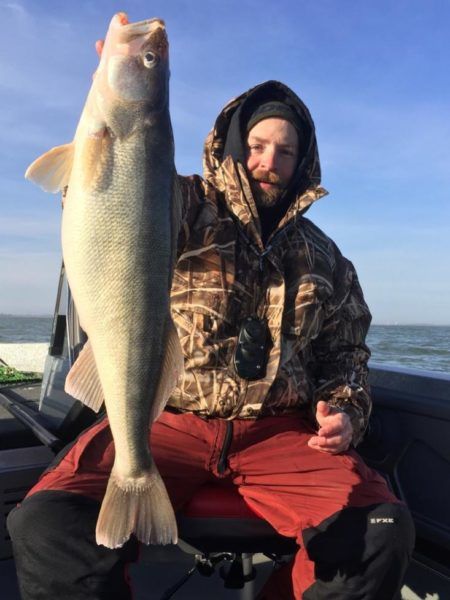 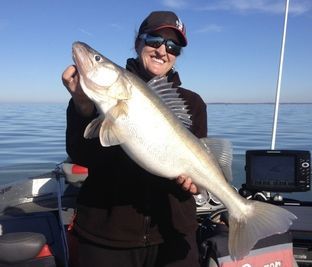 Thanks to the generosity of my friend, Scott Bogen, for lending me his Ranger 621 until my new 621 shows up at the end of March, I was able to get out fishing a few times since last weekend.

Scott and I fished this past Sunday and Monday. On Sunday, we went out of Catawba to see if the girls were moving into the area yet. While we marked some good fish, we were unable to get any to bite for us in the first 6 hours of hunting. We were all over the west side that morning, and didn’t find any willing to bite until we moved into shallower water…around 20-21 feet.

We pulled Smithwick Perfect 10’s, Bandits, and Deep Husky Jerks. We only caught 3 fish that afternoon on Bandits, up high in the water column….25 back on gold chrome colors. The stock colors of Black/Gold and Copper Clown produced for us. We probably would have caught a limit had we not found them in the last two hours of an 8 hour day. But, then again…who knows? These fish have been turned on one day and turned off the next day, so it’s a crap shoot right now.

On Monday, we only had a few hours to fish, since Scott had to get back to Wisconsin, so we decided to go east. We hit Mazurik’s launch at 6:30, and were headed to Cedar Point just as the sky was beginning to get light. It was a beautiful morning with a very light NE wind, and a cool 40 degrees. The sunrise that morning was beautiful.

We made about 4-5 passes directly out in front of Cedar Point in 33 feet of water. Our passes were from North to South and about a mile long. We managed 5 nice fish with the largest going 12 pounds and 30 1/2 inches long.

Scott figured out a pattern that they wanted, when nothing else seemed to be working for us, even though we tried several. He put a Lemon Lime Crush (orange throat) Perfect 10 on and used a 2oz snap weight at 45/15. For those that don’t know what that means, it means that he let out 45 feet of line, put the snap weight on, and then let out another 15 feet, and then put the Off Shore planer board on.

We were running at .09-1.0mph. We tried several colors and that was the only one that would catch a fish that morning.

We fished for 3 1/2 hours before the NE wind kicked up, and it got colder out. The fish seemed to shut off on us, so we decided it was a good time to go, so he could get on the road back to Wisco.

It was fun to fish with him again. He used to live here, and he and I would fish together a lot.

Yesterday, I had a last minute 4 hour trip scheduled with Loren Ruzic, from Wisco, that was working out in NY, but traveling to MI for another job, and he wanted to stop along the way to fish here. It was on his bucket list, so even though I rarely do an afternoon trip (because, ya’ll know how early I go to bed…lol) I agreed to it.

As it turned out….My buddy, Capt Kevin Swartz, had a no show yesterday morning, so I asked him if he wanted to do the charter with us, so we could have a couple extra lines in the water….he agreed.

So, he and I went out yesterday morning to try and find some fish for the afternoon trip. We only managed one fish in a few hours, so I called Loren to tell him to “save his money and time”, because the bite was super slow. Kevin and I had talked to several other Capt’s who were struggling too, and only had one or two fish in the box despite their efforts. Loren said, “Okay”, and we hung up.

About 5 minutes later, I get a call from Loren, and he says, “Can we still go? I don’t care if we catch any fish, I just want to go fishing. It wouldn’t be the first time I spent money on fishing, where we didn’t catch anything”. I laughed and said, “Of course! It’s your money. If you want to go, we’ll take you out”. So, we picked him up at the Catawba ramp at 1pm and headed out to the firing range area. We took him to the last area we marked some good fish at, while we were out searching around.

Now, either this guys was good luck, or the fish just decided to finally eat! At 1:30pm we started catching on Black and Gold, IB Stolen, and Huff Daddy (chrome) Bandits…the black and gold is a stock color, and the last two are custom colors from Domka Outdoors. We ran them 50-65 back and kept the speed at 1.0-1.2mph.

We only fished for 4 hours and caught 9 (10 if you count the one Kevin and I caught early in the morning)…with the largest going 9 pounds. The largest females were released, thanks to Loren’s good sportsman’s attitude.

A friend in a boat near us, caught an 11 1/2 and a 12 in the area too, so it’s a good sign the big girls are finally moving in. I think we still have a couple weeks to go before the fish are west of the islands in big numbers though.

Water temp on Sunday was 33.6 degrees, and yesterday it was up to 37 in some places.

Well, that’s it for now. I don’t have another scheduled charter until mid March, unless we get some nice weather again, and someone calls for one.
I have the following dates open in March, but then that’s it until June. Every day in April and May are booked already.

March 1st through the 15th is available right now.